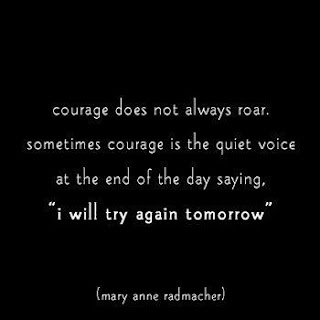 It has come to my attention, that I may have offended some people in some of my posts.  I have expressed some strong opinions when it comes to childbirth, breastfeeding, baby scheduling, etc. I have also expressed some strong opinions in the area of drama. I want to apologize for coming on strongly, for offending people’s opinions and ways, and just for hurting anyone I may have hurt. I really would like to explain why I have such strong opinions in these areas, and I would like to say that I never meant to hurt or offend anyone.

Becoming a mother is a wonderful, but frightening thing. The first time you hold that baby, your baby you wonder how you are going to do it. You want to protect that little one, and you want to do everything right (even when you know that being the perfect mother is impossible.) I think it’s instilled inside of us. We all want to be good mothers, to do the right thing, and to do what is best for our children.

I had all all this thrust upon me in the area of childbirth and breastfeeding. It was my first time. I didn’t know what was the “right” way to give birth or what was the “wrong” way. Being pregnant opened up a whole new world to me as far as how strongly mothers feel on certain subjects. Being a mother showed me even more how far people will go to protect their opinions and beliefs. It was a whole new world.

Many of you know the problems I went through at birth. I am not going to get into them again as you can read them here, here, here, here, here, and here . But no matter how much you prepare, nothing prepares you for what really happens. Reality sets in.

I  had no idea what I was doing. I was not able to breastfeed and I was looking for help, suggestions, tips and anything else to go on. I was getting it from all sides. Friends, neighbors, family, Facebook messages, emails, and more. Everyone had an opinion, and none of it was the same. I felt bombarded by so many different messages so many different opinions and beliefs and being a new mom, I had no idea which was the “right” way. While I appreciated so many people trying to help, I have now realized that sometimes there is nothing better than doing your own thing, praying yourself through, and making it up as you go along. No one knows your exact situation or how you feel, only you and God do. So I made some decisions, tried not to feel guilty for not listening to all the opinions out there, and went with it.

I felt guilty for awhile. Yes, I was not able to breastfeed, but was I a bad mom for it? Was Adam going to get sick more? Would this forever label me as the “mom who wouldn’t (or couldn’t) breastfeed?” Then I went to the next step. I stopped worrying about it. I saw Adam was doing fine, and that everything was turning out ok inspite of it all.

I still was receiving and seeing so many things out there contrary to what I was doing and that was when I felt like I must defend it. I saw so many other people out there like me, not able to breastfeed, or mothers who wanted to get an epidural, but these people were so surrounded by the opinions and messages that were coming to them from all sides. I felt like I must defend myself and others out there like me. Because their way was not necessarily wrong, maybe just different.

The problem was, in defending my own personal decisions and opinions, I started beating on other people’s opinions and decisions, and that was never what it was meant to be. No one’s opinion is the right way. Only your own decisions that you make are right for you, and not anyone else. Everyone has their own way. No way is more right than another. And I think we just have to remember that.

So let me clarify here. When I have talked about natural birth, and breastfeeding I NEVER EVER meant to say that I believe these things are wrong. They are wonderful things, if that is what you choose to do. I personally have made a decision to do things a different way and that is that. I have lots of friends who have birthed naturally, and I think to myself, Wow it takes a very strong and special women to do that. And I admire them for it.

I have seen so many women feeling beat up and guilty for not having natural birth. They feel as though they are terrible mothers and terrible people, and that is why I write so strongly at times. Because whatever decision you make is yours and no one should have to feel guilty or bad because of it.

We as mothers and Christian women are bombarded with so many messages. We hear that we must do it this way or do it that way. Pray about what decision is right for you, and ask God for peace. Choose your decision, hold onto that, and don’t let anyone else tell you otherwise. If you know what you are doing is right then nothing else matters. Just remember that the decision was right for you, not for everyone else. Only you alone can make that decision and no one else can. And you cannot make that decision for anyone else.

I hope this clears up some things for anyone who was offended and for anyone who questioned the motives behind my posts. I saw a lot of other moms out there sharing opinions, and I thought it wouldn’t hurt to share mine. I never meant to bash anyone’s methods, just share my story, and I am sorry that it came out the way it did.

This all being said, I would like to say that:

1. I believe breastfeeding is always best. However, as I was one of those people who were not able to breastfeed, I would like to say there is nothing at all wrong with using formula.

2. I believe natural birth is a beautiful thing. I think that if you are a strong person and you want to do it go for it. Prepare as much as you can and prepare yourself that it might not happen the way you want it to. I personally prefer the opposite method, and I see nothing wrong with getting an epidural or something else if that is what you want and that is what your doctor thinks you need. I feel that the majority of the time your doctor does know best, as they are trained professionals. 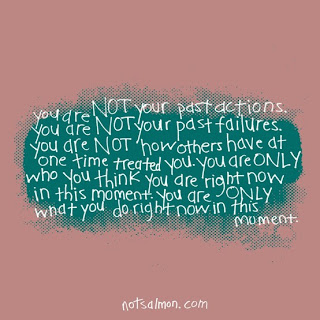 Now to cover one last topic. Awhile ago I wrote a post entitled, No More Drama: Standing up as  Woman Should. On the particular day that I wrote that, something had happened that had made me mad. It was just a little more drama, and it just pushed me over the edge. It was not aimed at any one person, but was more for me because I feel like my whole life because I used to be very shy, I have let people push me around. I had a hard time saying no, and when people mistreated me I just let it happen and thought no big deal.

But that day, I felt that I needed to stop cowering in the corner and stand up for myself. Not to be a bully mind you, but to say, ok this needs to stop. I am not going to let you be mean to me anymore. I don’t have to stand for this, I can walk away. And that is what I was trying to say. I was not trying to make a whole sob story or have people feel sorry for me. I was not trying to say that aggression is the answer. I was trying to say that it’s ok to stand up for yourself and walk away. You don’t have to take what people dish out, you have choices, and can stand up and not let it happen any more.

I hope this clears up some things as well. I apologize if my post about drama offended anyone.