I know it’s a little late since 9/11 was on Sunday, but all day yesterday I was trying to gather my thoughts about how I feel about this day. How can one put into words the feelings, the thoughts, of a tragedy so horrible that we are still feeling the effects of it 10 years later? No one thought that 10 years later we would still be at war. That we would still be feeling the effects of this war and the effects of 9/11. I know I certainly didn’t.Last year on 9/11 I posted about where I was when I heard the news (The Day the Towers Fell), but this year on this 10 year remembrance mark, I wanted to talk about my first real view of the effects of 9/11, my first view of this war and it’s effects as well.

I was only 14 years old when the planes hit the twin towers that terrible day. I didn’t even know what the twin towers were! I remember in the days, weeks, and months that followed hearing things on the news. I didn’t understand a lot of it, but I knew it wasn’t good. I remember my teacher following along with what was happening. He had a live news video of what was going on in Iraq on his computer. You could hear the loud booms and see the green flashes, I remember watching it in sadness.To me, it seemed so far away… I knew it was bad, but it didn’t affect me personally. Then as the years passed, things quieted down on the news and in the media. Sure we heard things here and there, but to a teenager who didn’t watch the news, it was almost as if nothing were going on. The years passed and finally I went to college. Like any college student, I was wrapped up in my schoolwork, friends and boyfriend. I don’t remember if it was the end of 2005 or beginning of 2006, but that was when I realized things has not disappeared. Things were still very bad.

I had two senior roommates, and they had a very good friend, I don’t exactly remember her name, so I will just call her “Kate.” One Sunday afternoon, my roommates were out and I was in my room  quietly doing my homework. Kate walked in and I could tell she had been crying. She asked where my roommates were and I told her they were out. She asked if I could tell them to go up to her room as soon as they got back. I could tell it was very important. Something was wrong.

As soon as my roommates came back I told them what had happened and what I had seen. They were very concerned and ran up to see what was wrong. Only a few minutes later they were back with Kate who was sobbing, they asked if I could leave the room as they needed some time alone. I left and spent the rest of the day in a friend’s room, but I was shook up. What was wrong with her? What had happened?

Later that night my roommates explained to me what had happened. A friend of Kate’s, someone she had known her whole life, had died while serving in Iraq. This just wasn’t any guy though, they had been communicating while he was there, and they had made plans. Special plans. They had talked about getting married as soon as he got back. They had known each other their whole lives, and realized that they had fallen in love with each other. But those plans would never come to pass. My roommates told me that Kate had been throwing up in her room, she was that upset. She just couldn’t bear the news. Kate was never the same after that day. Sure, she eventually moved on with life, but whenever I saw her around campus, I knew. I knew her life had been changed forever, she would never be the same person she used to be.

I never forgot that day. The way she took the news, the way I realized what this war was doing to our people, that the effects of 9/11 were still continuing. Before that, I had never really thought about it. I never imagined. I didn’t know anyone who was in the military and I didn’t even know how the military or military life worked. But after that day, my eyes were opened a little bit more. I realized that this war was not over, that it was still very much going on in a country far away and that people were dying for their country.

After that day, my eyes were opened. I saw things I had not noticed before. I remember seeing patriotic signs on some of the dorm room doors. I remember some of the girls going around collecting letters to send to soldiers. I remember students who left so they could join the military. The effects were all around me, I had just never noticed or realized until then.

Now that I am a military wife, my eyes have been opened even more. I see the effects of war on military families and military marriages. I see what 9/11 has done to us as a nation and a country. I see what 10 years has done. And even now as my husband prepares for his first deployment I see something that could have been avoided had 9/11 not happened.

Does God have a plan in all of this? Yes, he does! I don’t know what it is, but these past 10 years are not in vain. God sees all. His eyes are opened and He knows.

I would like to take this time to thank those who gave on that day, who have been giving for the past 10 years, and who are still giving today…

To those who were in the twin towers that day… I will never forget you. Although I didn’t even know those buildings existed before that day, they are forever ingrained in my memory now.

To the firefighters, policemen, first responders, and civilians who were helping that day… I will never forget you. Our country was tested, and you answered the call. You did what you could, not worrying about the consequences. You all are true heroes.

To our military past and present, to those who have served these past 10 years… I will never forget you. The sacrifices you have made, the courage, the bravery to step up and to do your job inspite of the hardships. I thank you.

Had it not been for all these amazing people, that day and these past 10 years might have been a little different. Don’t ever forget. 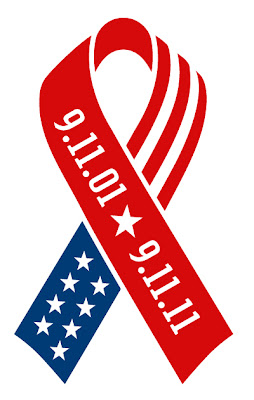