Your may recall me writing a previous post about my brother, Michael who is an epileptic. I wrote about him almost drowning as a child, his walk with God, and little about his health and the seizures he’s been having.

Recently, things have gotten a little bit worse and I wanted to take the time to tell you about it…

My brother, Michael started having seizures a year ago for no reason at all. He would get seizures once or twice almost every night and he was put on epilepsy medicine. Although the medicine seemed to help some, he was still having seizures and the doctors had to keep moving up the dosage on his medications.

After a year, they realized the medicine he was on was not going to work so they decided to switch him to a different one. The side effects from this medicine were awful and did some psychological damage. Now, until they can find a new seizure medication that helps, he is just between stages.

Because of this, last weekend he had two seizures within 12 hours and had to go to the hospital. During one of the seizures, he was outside and fell into a pile of mulch. One of the pieces got embedded in his eye and the doctors at the hospital had to remove it. They told him if he was not careful to take good care of his eye and take his medication for it every two hours, he would go blind.

Thankfully, God protected him and he did not go blind, but sadly, this was not the first time he has hurt himself physically during one of his seizures.

Currently, my brother is a college student and he’s having a hard time dealing with the seizures and keeping up with his schoolwork. At times, he is very discouraged and I worry about him, but most of the time he clings to God and His promises and allows His Word to encourage, strengthen, and lift him up.

Through all this, he has been an encouragement to me. Watching him stay strong while going through all this has strengthened my faith and I wanted to share all of that with you too. Here is something he wrote about his seizures, I hope it encourages you.

Lessons From an Epileptic

“We can’t always explain or understand why God allows things to happen in our lives. But what we do know is that God is good all the time and He allows circumstances to occur in our lives for a specific reason.

Being epileptic is not an easy thing to deal with. September 4th was the day I had my last major seizure, but recently I have been having some milder seizures known as Absence Seizures.

I must say it is embarrassing when you find yourself standing in a classroom and you have absolutely no idea why you are standing there and the last things you remember was sitting in your seat following along in a book.

Because of this, my parents told me I was not allowed to drive. They tried to reassure me it is for my own good, and for the safety of others. They are right. However, I’ve had a hard time accepting the fact that I will not be able to drive for a long time. This is the second time already in the past year I have not been allowed to drive.

I began praying about it. This time has been different from last time. The last time I was not allowed to drive, I only prayed I would be able to drive again. But God reminded me recently that He allows everything for a specific reason. And that’s when I decided to change how I prayed. Instead of just asking God to allow me to drive, I have been praying God would show me what He wants me to learn from all of this. Asking Him to help me accept this as His will and to remember He is in full control.

The theme at my college this week is missions and prevailing through persecution is one of the main discussions. In the stories of persecution the missionaries of shared, they have mentioned how other missionaries they know have lost all their belongings and are imprisoned. I’ve been thinking about this a lot. I keep thinking how hard it would be to go through torture and imprisonment.

Tonight, back in my dorm room, I was singing along with a friend as he played the guitar…

(I’m Still Yours by Kutless)

As I began to sing, God showed me that this is part of the lesson He is teaching me. If God were to take away everything, would I still love Him? Would I still serve Him? Would I still praise Him? He has taken away my privilege (not my right) of driving and I can respond in many different ways. The choice is mine.

I believe God is asking me these questions now and using this to prepare me for the future. The question He is asking is, “Will you still call me good even if I take everything away?”

If God were to take everything you have away, would you still live for Him? Would you be angry? What would your reaction be? If it is anything other than complete and total surrender, then we need to confess it to the Lord. 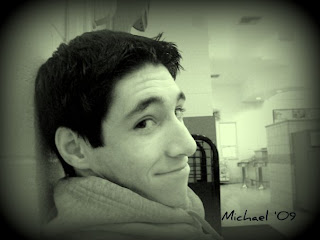