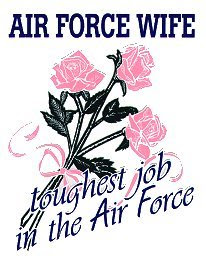 This post is supposed to be about how I met my husband and my first experiences as a military wife. Since I already posted how we met for Valentine’s Day here is the link, if you would like to read it: Our Love Story

Ok, now that you are caught up on how we met, I will start from my first experiences as a military wife and tell you my military wife story! It actually started before I became a wife, because Jon decided to join the Military before we were even engaged. I will admit I had no experience at all, and knew absolutely nothing about the military. Jon knew more than I did because his father had been in the army for four years, I on the other hand knew nothing except of what had happened on 9/11 and that our soldiers were still fighting over there. I wish I had kept up more with what was going on, and what our soldiers were giving up, but sadly I did not do any of that before I learned Jon was going into the military.

Jon was still in college when he first started talking about joining the military. It was the end of May 2008 and he only had a couple weeks left until the end of the semester. He had not been doing too well, and was thinking about joining the military instead of finishing college. I just thought it was a passing thought he had, so I didn’t think much about it until until he called me one night telling me how serious he was. He has been talking to his dad and a bunch of other people, about what branch to join and what his options were. He wanted to join the Air Force. I couldn’t believe it! I had known then that were were going to be getting married within a year or two, and this was not how I had pictured my life. I knew nothing about the military, and all I could think of was him going overseas to fight. I cried for hours while we talked about it.

After much prayer, and talking to a friend of mine whose husband was a Marine, I calmed down a bit and started to research online about the Air Force, and about being a military wife. I found so many great sites, and I learned a lot, which really helped me come to terms with everything. A few months later Jon and I were engaged and a month after that he left for basic.

Going through basic with him was one of my first experiences with the military, and I think one of my hardest experiences yet, since we have not gone through a deployment yet. I wrote him a letter every day the entire time he was gone. In the end I typed all the letters and got it printed into a book, so that he could always have them. It was hard not hearing from him at all in those first few weeks. He was able to call one week after he got there with his address and contact information, but I was meeting with the wedding photographer and missed his call. I was so upset that night I cried and cried. It wasn’t until many weeks later that I actually got to talk to him, and I did get a few letters later on as well.

While visiting him in Texas at his Basic graduation, I realized how much this meant to him, and what great thing he was doing. I was proud. I was proud to know I was going to be an Air Force wife, and proud to support him.

My other experiences have come from getting married while Jon was in Tech School (which you can read about here: You Know You Must be a Military Wife at Christmas Time if You…) and from living here on base in Georgia. It’s not always easy, but I would never give up my life as a military wife, I love it, and cannot wait to see what God has in store for us in the coming years!