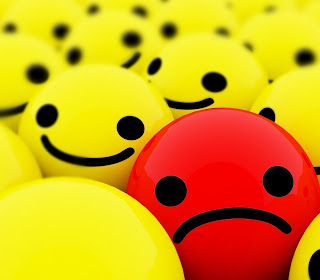 The past few days have been absolutely crazy! The time since Jon has been gone has been good up until this past week. The first week, I was so proud at how well I did. I had a a little trouble getting to sleep at first, but other than that it was good. I kept thinking, maybe this won’t be so bad…

Things started getting a little crazy when about two weeks ago we experienced a crazy storm. We had several tornado warnings and watches during the day, and I listened hard for the sirens, but never heard them. We had one tornado hit in Macon which is about 20-30 minutes away. It ripped a roof right off a hotel. And we also had one touchdown a couple miles from the base where we live. It’s a good thing it wasn’t any worse because I had no idea we were supposed to get in the closet.

Then I started dealing with stuff with our car. A couple weeks before he left, Jon got in an accident. He was fine, but the car was quite damaged. He tried to hurry them along so the car would be done before he left, but they kept finding more stuff wrong with it, so we had to keep using a rental. A month later, they told me I could finally come pick up the car. I arranged a sitter for Adam, since I had to drop off the rental, switch the car seats around, and get a ride to the car place. It was just a lot to take Adam to do. Right before I was about to leave, they called and said they had found something else wrong, and it would not be ready. Needless to see I was little frustrated after trying to find a sitter and planning my whole day around it.

I waited over the weekend, and this past Monday I was able to pick up the car. Luckily, the same friend was still able to watch Adam. In-between making sure I still had a sitter, I was also checking on plans for my Key Spouse meeting with Jon’s commander on Tuesday. I needed to Check on a sitter and mak sure of the time and the plans. During that time, Jon was re-taking a test for his training. They class had previously taken the test, and only 2 people had passed, so they were giving everyone a second chance. They had told him if they didn’t pass this time, they would get sent home. That is a big deal! So I was so worried about it knowing he was taking it right then. I prayed for him hoping that he would do well, but I just couldn’t get it out of my mind. (He ended up passing, thank God!)

That same day, I was also worried about another huge storm front that was supposed to come in that night. It was supposed to bring severe thunderstorms and tornadoes, and after the last storm, I was determined to be prepared! I wanted to clean out the closet so we would have a place to go just in case, but I hadn’t had a second all day. At this point I was getting so stressed, I was starting to have shortness of breath. As you can tell I don’t handle stress very well, and everything was just starting to get overwhelming. Later that afternoon, I went to drop off the rental and pick up our car. Everything was fine, until I got halfway home, and saw that three different warning lights had come on. The car was also squealing something awful when I hit the breaks or tried to turn. I was able to get home, but ended up having to make another appointment to bring the car back in the next day. I felt bad to keep bothering Jon about it, but I know nothing about cars, and had no idea what to do.

That night I was just waiting for the storm to hit. I had already cleaned out the closet, just in case we needed to go in, and the weathermen had already issued a state-wide tornado watch. I knew I wouldn’t be able to fall asleep worrying about the storm, so I kept to the local news channel’s website watching the satellite, and their page on faceook. We don’t have cable so that was going to be my only means of keeping up with what was going on.

Around 2 am it hit full force. I could hear the hail pounding on the roof, and the wind was incredible. I was still keeping up with everything online, and they said it was about ping-pong ball sized hail and 60-70 mph winds. Without Jon there I was pretty much scared out of my mind, and for the next hour I sat outside Adam’s room with my computer and a flashlight waiting to hear if there were tornadoes in the area and if we needed to take cover. Luckily, a friend and I were texting and she was watching the local news to let me know the second they issued a tornado warning (meaning one had been sighted) if there was one. The lights flickered, but we never lost power, thank God! Most of the people in the local area and beyond lost power, and some just got it back last night.

The next day they assessed the damage around the base and in the area. They are not sure how many tornadoes hit, but from the damage some definitely hit a least a town or two away from us. The news station said one, hit two counties over from us. It was an F2 and had over 130 mph winds. No one was warned, as it happened so fast, that the weathermen had no time to warn people. Five people died because of these storms.

Here are some pictures from the storm. (All pictures were taken by people in the local area, not by me). 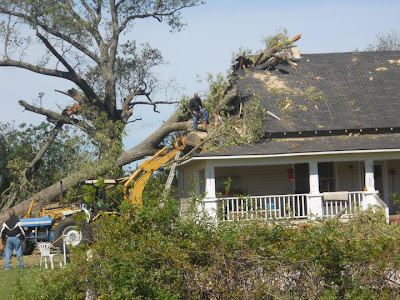 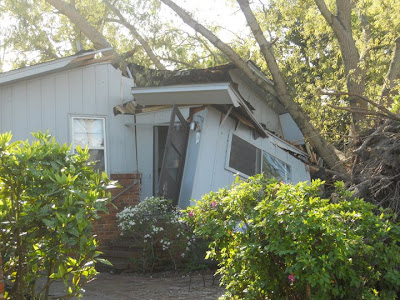 I just thank God that He kept Adam and I safe. The picture to the left is on the base where we lived. There was also damage to one of the hangars here as well. You can read about all the damage on Robins AFB here. There is also another article showing the large area the storm hit here.

As the storm finally passed I was finally able to fall asleep around 3:30 am. I got 3 hours of sleep and woke up to a perfect sunny day, almost as if nothing had happened. Another stressful day was ahead, as I was preparing for a Key Spouse meeting with Jon’s commander. I had not had one before and so I was a little nervous. Everything went well, and Jon’s commander had nothing but good things to say about him. He told me how highly he thinks of him, and that he is a hard worker, and wished he had more people like him. Needless to say, I was very proud!

After the meeting, I had to run and pick up a prescription. On the way there I had to call again about the car. The squealing noise it was making was getting worse. They asked if I could bring it in right then, and so I had to call the sitter to see if that was ok. I ended up having to leave it there and get a ride home. So now we are without any car, and waiting to hear if it will be done soon. If not we will have to get another rental.

Then yesterday, I started coming down with a cold. I knew it was the stress of everything, as in the past I have gotten colds when I was really stressed out. My cell phone battery is now dying and doesn’t stay charged for more than an hour or two. I keep it plugged in now at all times, since we don’t have a house phone, and I need a phone to bring with  me when I go out and in case of emergencies. I had to have Jon order me a new battery. Then to top it all off, Adam was up in the night coughing a little. Not sure if he is sick, but I sure hope not!

It’s funny, because I had so people tell me that everything goes wrong when the husband is away, but I had never experienced it for myself. It’s like Morphy’s Law or something! I am hoping nothing else goes wrong, and that the remaining weeks are quiet leading up to Jon coming home. It’s been a long week.