I was talking with a friend the other day and since I have two kids with autism, she asked me this question:

You’re much more familiar with autism than I am so please tell me if I’m totally wrong, but I’ve got a friend telling me how you can basically cure autism with early intervention services. I don’t agree, but wanted to know if this was true?”

To be honest, this is not a new question for me. I’ve had many friends and family members ask this and I’ve had just as many tell me about all the ways they think autism can be cured.

Can #Autism be Cured or Can a Child “Lose” an Autism Diagnosis? Click to find out!

If you google, “Can Autism be Cured?” many different articles come up. There are stories about parents who claim to have cured their child’s autism and there are articles about what autism is and how it can’t be cured. So which is it?

Can Autism be Cured? Here’s my Opinion:

I firmly believe that autism cannot ever be cured. There is no cure. While I’m sure there are many people out there who believe it can be cured, it has never been proven.

But what about those who have high-functioning autism? Can they lose the diagnosis?

Absolutely, I believe they can. That doesn’t mean their autism has been “cured,” it just means that they have “graduated” out of the autism diagnosis and no longer need services. Their autism hasn’t gone away, they are just able to function in and out of society like everyone else. 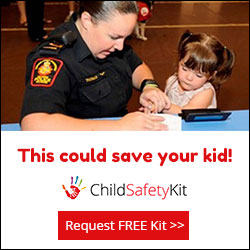 Should Autism be Cured?

What I’ve figured out over the years is that there are two types of autism families:

Neither of these groups is necessarily wrong, and they both have good reasons for what they believe.

Those who don’t want to find a cure have accepted autism. They know that their child is their child no matter what and they love them in spite of their differences.

Whether autism should be cured or not is not a question anyone can answer but YOU. Some families have struggles beyond what anyone else can even understand. Some children will grow up to be adults who can decide for themselves if they would want their autism to be cured or not. The answer to the question lies with each individual or family.

Obedience, Autism, and the Hand-Over-Hand Technique

My son has high-functioning autism. The psychologist who diagnosed him told us that he could “lose the diagnosis” when he’s older, but it has taken him years of therapy to get him to be where he is today.

Adam was diagnosed with autism at age 2. He was non-verbal until age 4, and even after that he had Apraxia of Speech and it was extremely hard to understand what he was saying. My son ate nothing but canned baby food and applesauce until he was over age 4. He was almost put on a feeding tube.

As his mom, I will always see the autism in him.

I see autism in the way he refuses to eat raspberries because of the tiny “hairs” they have on them.

I see autism in his extremely literal and black and white thinking.

I see autism in the way he talks sometimes.

I see autism in the anxiety he has.

I see autism in the struggles he has at school.

His autism will always be there, but the therapies he’s had over the years have given him the gift of knowing how to cope with the struggles he has and to adapt to the ways he’s different, making them his strengths. His autism makes him who he is and while I used to have a hard time with the struggles he’s had, I wouldn’t change a thing about him!

Autism therapies teach kids to adapt to the ways they’re different, making them their strengths.

What about YOU? Have you been asked this question before? Do you think autism can be cured?